After one the deadliest attack on Indian security forces, in which 40 CRPF jawans were martyred in an IED blast in Goripora area of Pulwama’s Awantipora on Thursday afternoon, a picture went viral on social media claiming to be of one of the martyrs.
“Salute to brave hearts from #Assam Mijing Basumatary #PulwanaAttack,” the caption read.

FACT CHECK
When Newsmobile accessed the list the martyrs realised by CRPF, we found out that (CRPF) jawan from Assam Head constable ‘Maneshwar Basumata‘ of 98th Battalion lost his life and not ‘Mijing Basumatary.‘
Then we did a reverse Image search on the picture that is being circulated, but due to the wide distribution of this image, the only result we got was the links to some more tweets and Facebook posts.
When we searched for his profile on Facebook, we came across many accounts with the same name, none of which matched the viral picture. 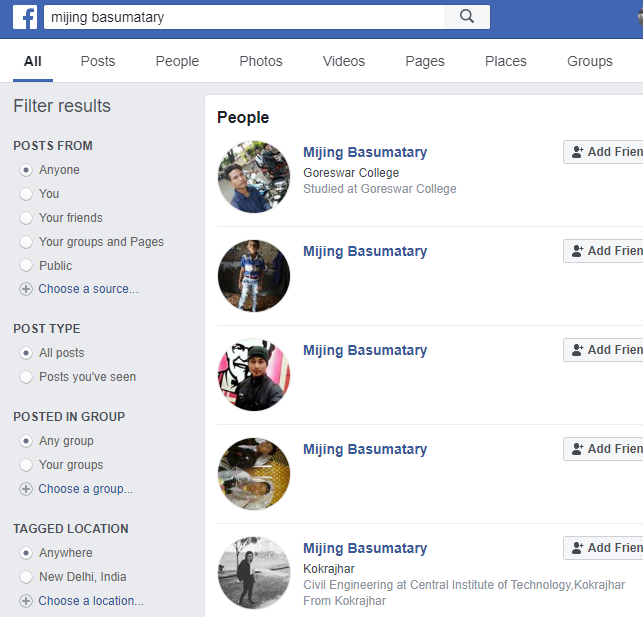 However, when we added crpf to the keyword search, we found the account we were looking for. 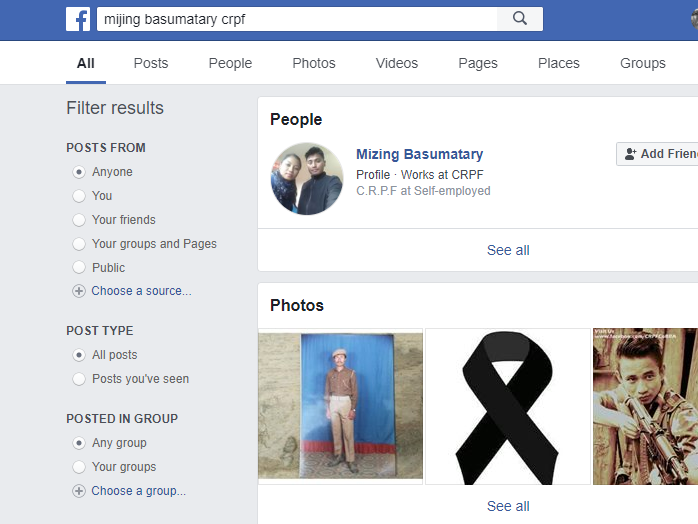 The person whose picture is being circulated is ‘Mizing Basumatary.’ Taking it to facebook, Mizing busted this fake news and requested people to not share this face news.
“This is the fake news… I am requesting you all… please don’t share this fake… 🙏, ” his post read.

Maneshwar Basumatary, the jawan who was martyred in this dastardly attack,  hails from Baksa district of Assam.


“We want justice. We want all the terrorists responsible for killing my father and his fellow-jawans punished,” his daughter, Didwmsry, told local reporters.
Head constable Basumatary is survived by his wife Sanmati, daughter Didwmsry and son Dhananjoy.

Fact Check: This man in the viral video is not Hardik Patel's father

Fact Checked: This CCTV footage is NOT from Pulwama attack