Fact Check: This video of 'ballot stuffing' is NOT from US elections 2020; here's the truth

A CCTV footage of some people putting papers in the ballot box has gone viral all over social media claiming that this video is of the recent US elections. The post claims that the ones who were conducting the elections were rigging the votes. 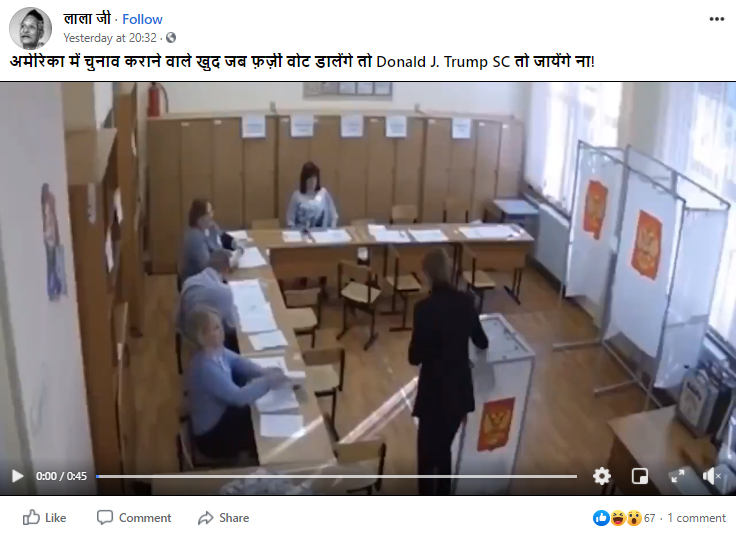 A similar video was found on Twitter as well.

NewsMobile fact-checked the above post and found it to be false and misleading.
With the help of InVID tool, we got the keyframes of the video. On putting the keyframes of the video through Google Reverse Image Search, we found the same video on YouTube by AFP News Agency dated March 18, 2018, claiming that it is from Moscow, Russia.
The YouTube description read, “Election observers highlighted CCTV footage provided by Russia’s Electoral Commission which appeared to show staff putting extra votes into a ballot box at a polling station in the Russian city of Lyubertsy on the outskirts of Moscow. The Electoral Commission has acknowledged this instance appears to show fraud and has said fraudulent votes will be cancelled.”

On digging further, we also found the same video on The Sun dated March 18, 2019, claiming that a shocking video emerged which allegedly showed “ballot rigging” in Russia. 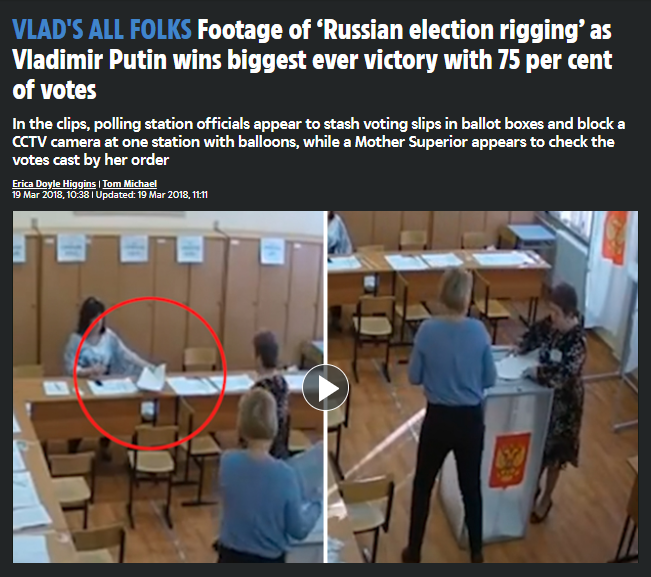 Other news organizations like Newsweek and Metro also reported that the video is from Russia.
Hence, with the help of the above information, it is clear that the viral video of staff putting extra votes into a ballot box is an old one from Russia and not related to the recent US elections in any way.

Fact Check: Video of policeman assaulting a woman is NOT from France; here’s the truth

Fact Check: No, Saudi Arabia did not dump French products in a desert; here's the truth