Fact Check: This picture of a mosque in middle of the road is NOT from Mumbai; here's the truth

A picture of a mosque in the middle of a road is doing rounds on social media claiming to be from Mumbai. The post claims that there are about two-hundred mosques which have been illegally constructed but BMC is knocking down Kangana’s office instead.
The Facebook caption read, ‘मुंबई में 200 से ज्यादा अवैध मस्जिदें हजारों मजारें सड़कों के बीच बनी हैं!
पर BMC को सिर्फ कंगना का ऑफिस अवैध निर्माण लगा! #लानत_है‘
(More than 200 illegal mosques in Mumbai have been built on roads!
But the BMC is bulldozing Kangana’s office! #लानत_है) 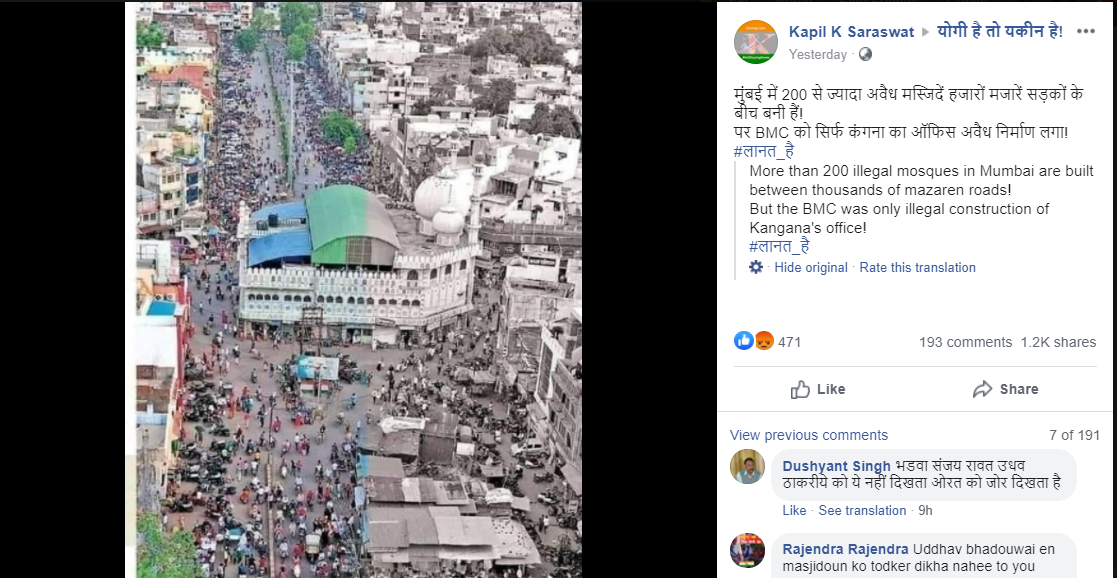 NewsMobile fact-checked the above post and found it to be misleading.
On putting the picture through Google Reverse Image Search, we found the same picture in an article by Dainik Bhaskar claiming that this picture is from Sagar, Madhya Pradesh. It also states that after lockdown, for the first time in four months Katra Market is full of crowd on Raksha Bandhan. 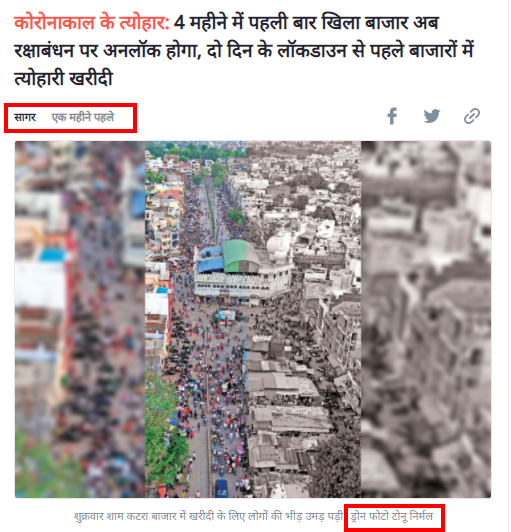 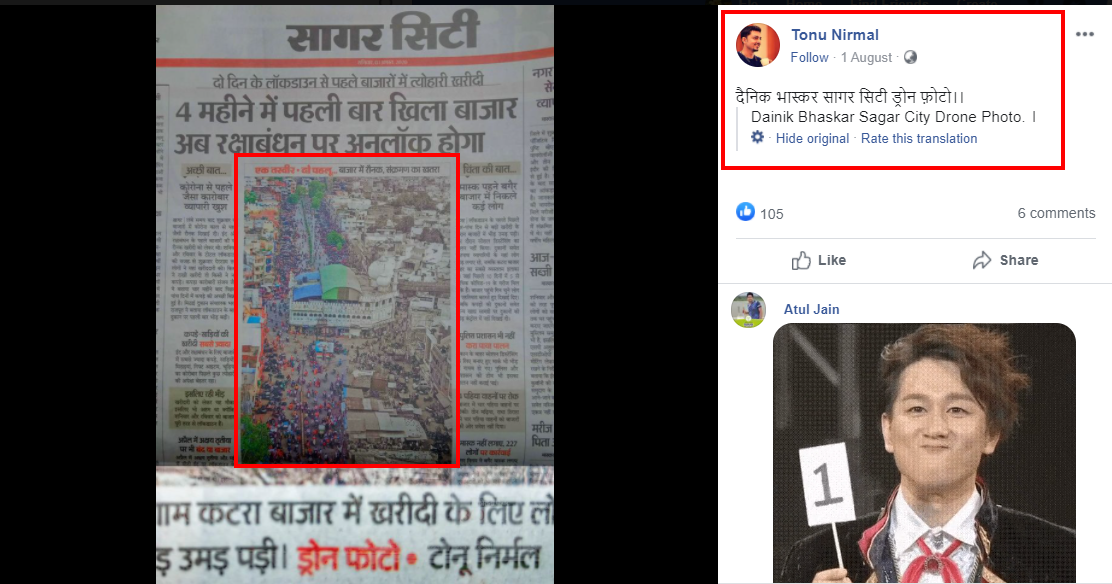 On digging further, with the help of keywords ‘Katra Market Mosque Sagar’, we found a tagged picture of Jama Masjid(Marqaz) on Google Maps. 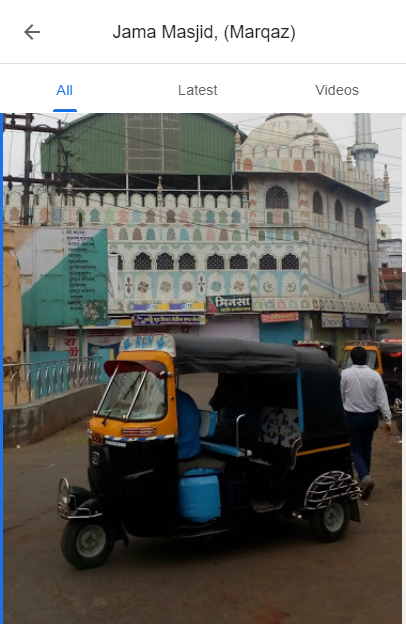 Further, we compared the tagged picture of the mosque that we found on Google Maps to the picture circulating on social media. 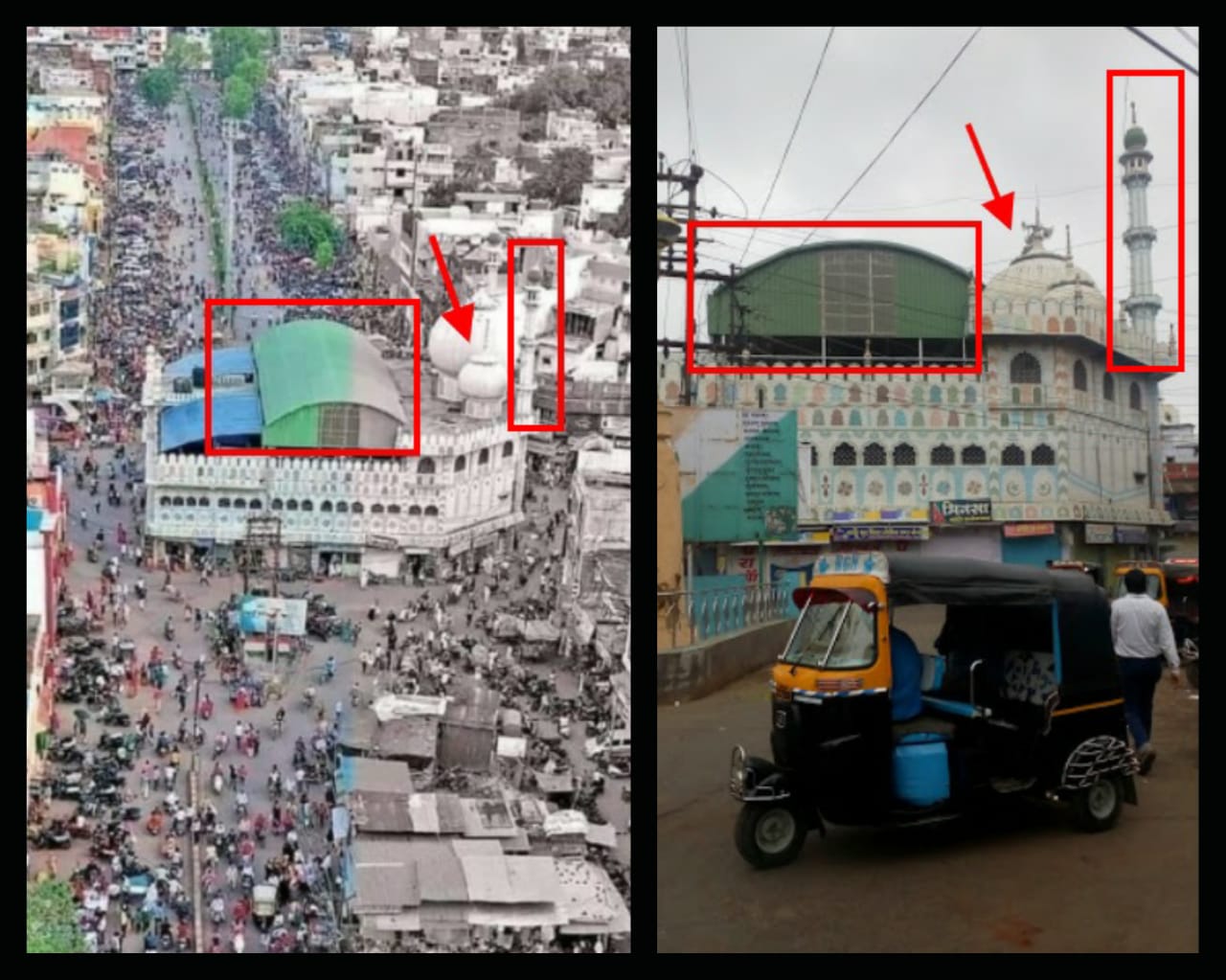 For further confirmation, we searched on Google Earth and found that the picture of the mosque in the middle of the road is of Jama Masjid (Marqaz) in Sagar, Madhya Pradesh. 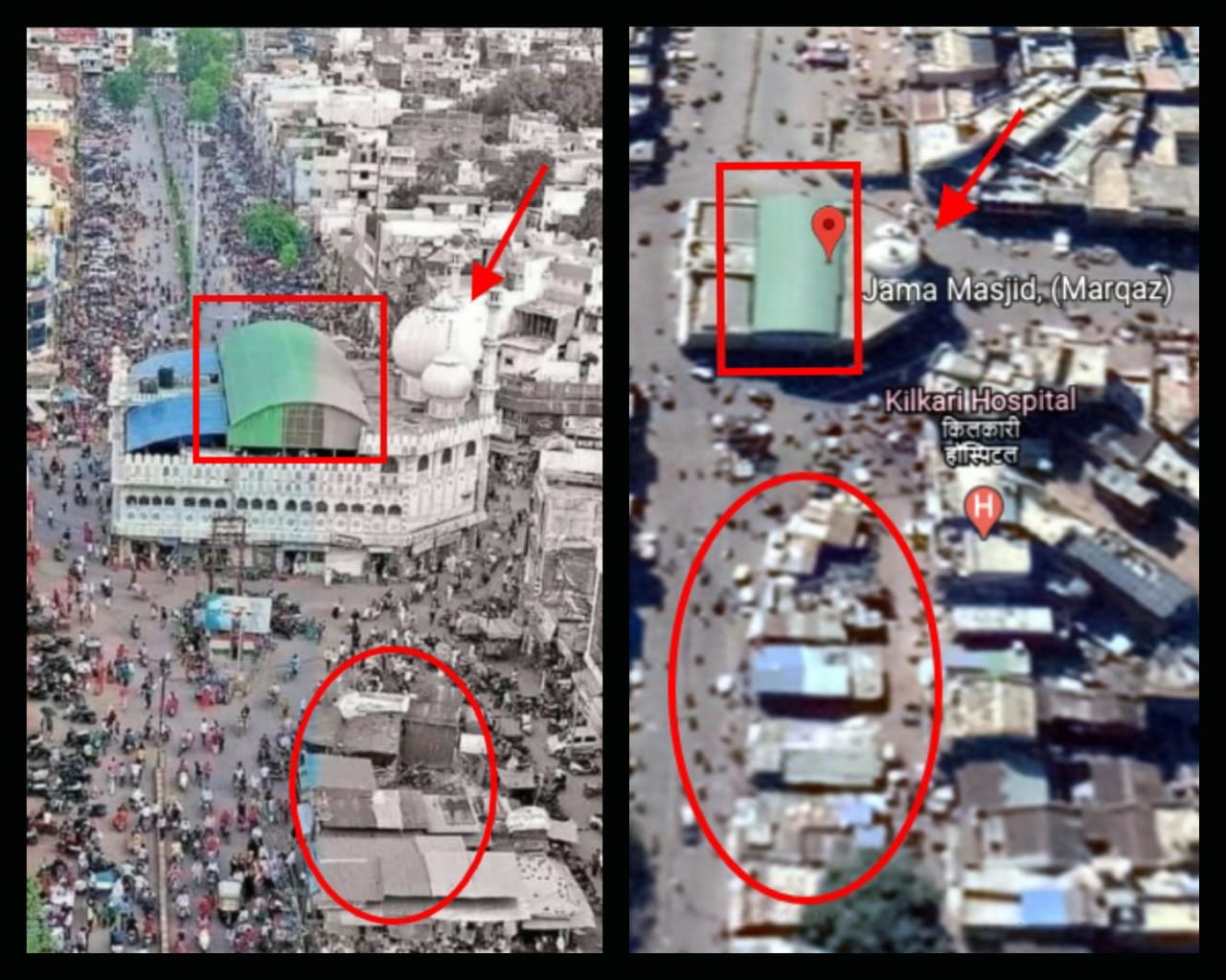 Hence, with the help of the above information, it is clear that the mosque in the middle of the road is from Sagar in Madhya Pradesh and not Mumbai and the post is question is false.