Yet another picture related to the recent anti-CAA protests is being shared on social media where a woman can be seen wearing a bandage over an eye.
” कौन सा डॉक्टर हि’ज़ाब के ऊपर
पट्टी बांधता है भाई…..आँय.”- the caption read.


Some posts also claimed that such pictures and injuries are being staged to propagate fake agendas.

NewsMobile fact-checked the picture and found the claim attached to it to be misleading.
On putting the image through Reverse Image Search, we found an article published in News 18, dated December 29, 2019, and the title read, “Anti-CAA Protests: Protesters Wear Bandages in Solidarity with Jamia Students. 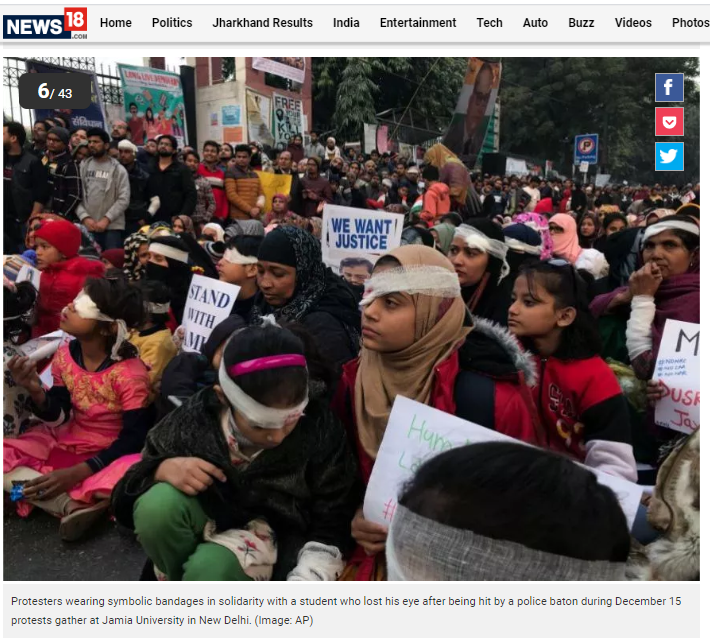 According to an NDTV article, the bandage was worn to express solidarity with a fellow student who lost his eye in the police crackdown on December 15.
The above information proves that the picture of the protesters is being shared with wrong context and hence the post is misleading.