Prime Minister Narendra Modi performed bhoomi pujan of Ram Mandir in Ayodhya on August 5. Following the ceremony, a picture from the event is being circulated via social media with the claim that PM Modi performed the ceremony with his footwear on. The picture has been shared by multiple social media accounts slamming PM for hurting sentiments of Hindus.
“चप्पल पहनकर भूमि पूजन, आखिर कितनी धज्जियां उड़ाओगे हिन्दू धर्म की!!!” the post claimed. 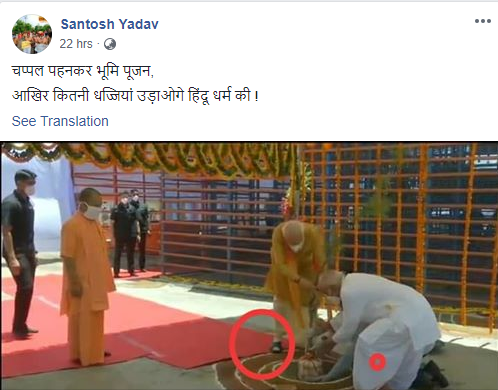 NewsMobile fact checked the posts and found them to be misleading.
We noticed that in the picture PM Modi can be seen planting a sapling. We then ran a Reverse Image Search using some keywords and found a video by CNBC-TV18 where PM Modi can be seen planting the sapling before the actual ceremony.
“PM @narendramodi offers prayers to Ram Lalla at Ram Janmabhoomi site in Ayodhya & plants a Parijat sapling, considered a divine plant, ahead of laying the foundation stone, ” the tweet read.

In the video, PM Modi can be seen getting off the car and then entering the temple compound to pray. While praying, he is not wearing any footwear and following that he can again be seen sporting footwear while planting the sapling.

Moreover, the actual ceremony began after this event, where he is not wearing his shoes. 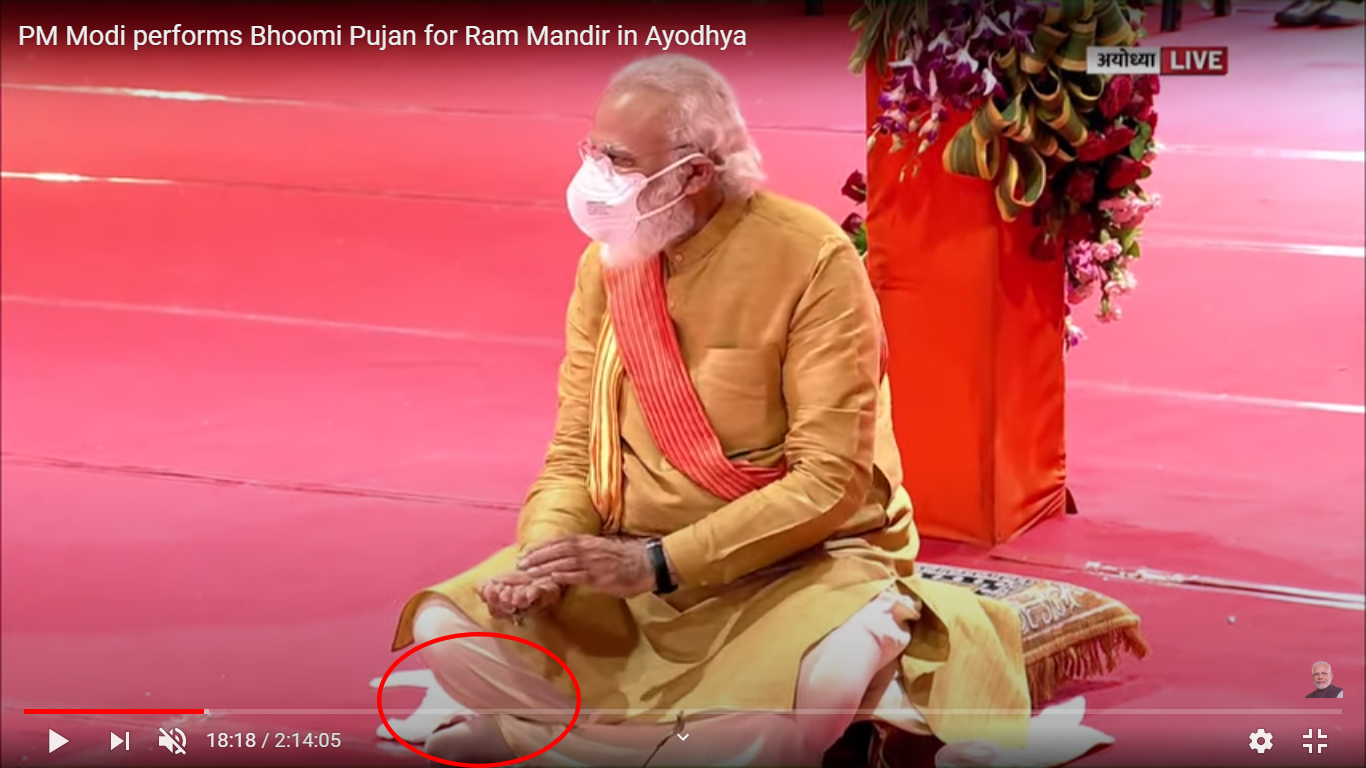 Here’s the full video of the bhoomi pujan.

Hence, from the above information, it is clear that the post in question is misleading and false.

Fact Check: This picture of burnt cars is not from Beirut; here's the truth