Fact Check: Old picture of US President-elect Joe Biden without mask shared as recent one

A picture of the President-elect of the United States, Joe Biden is being shared on social media, calling him a hypocrite for not wearing a mask when he always urges people to wear one.
“Biden wears a mask in front of the camera but not on candid shots like this… Hypocrisy. ” the Facebook post claimed.

NewsMobile fact-checked the post and found it to be misleading and false.
Firstly, we found that the former acting Director of National Intelligence, Richard Grennell, tweeted this viral picture. However, the original tweet has since been deleted but the screenshot of the tweet was shared by many other users on different social media platforms. The archived version of the tweet can be seen here. 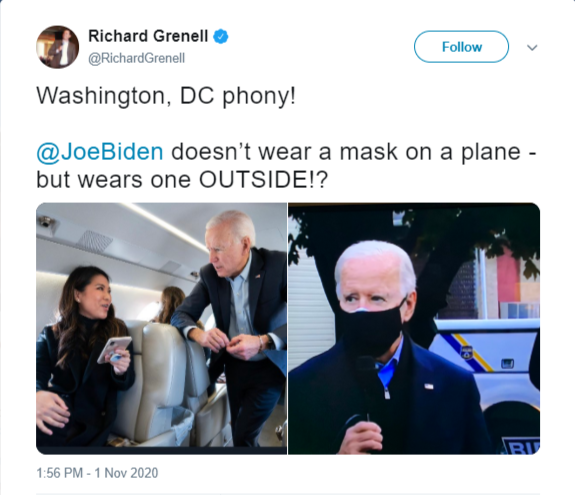 “Washington, DC phony! @JoeBiden doesn’t wear a mask on a plane – but wears one OUTSIDE!?” Grennell tweet read.
A simple Reverse Image Search led us to an article by Vogue from October 2020. However, according to the picture caption, the image is from 2019.
“Yamamoto and Biden huddle on a flight to South Carolina in November 2019,” the caption read. 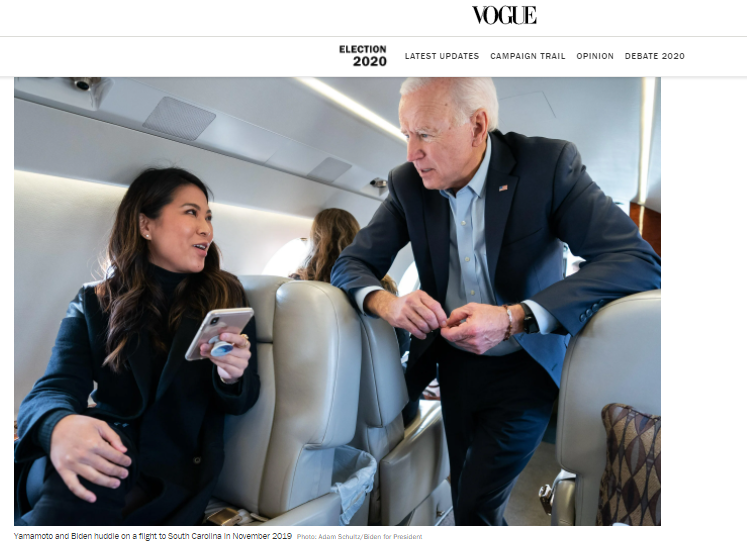 The image was credited to Biden’s campaign photographer Adam Schultz. We also found various other pictures from Joe Biden’s visit to South Carolina in November 2019 on his official Flickr account. The pictures can be seen here, here and here.
Hence, from the above information, it is clear that the viral picture is an old one from pre-COVID-19 times and the post in circulation is misleading.

Fact Check: No, Saudi Arabia did not dump French products in a desert; here's the truth