Fact Check: Old picture of policeman being beaten up in Kanpur falsely shared as recent clashes in Bengal

A picture of a policeman being beaten up by a man is doing the rounds on social media claiming that a BJP worker thrashed the policeman during the recent clashes in West Bengal.
The Facebook caption read, “बंगाल में बीजेपी के गुंडे एक बुजुर्ग पुलिस वाले की सहायता करते हुए”
(Translation: BJP goons in Bengal helping an elderly policeman) 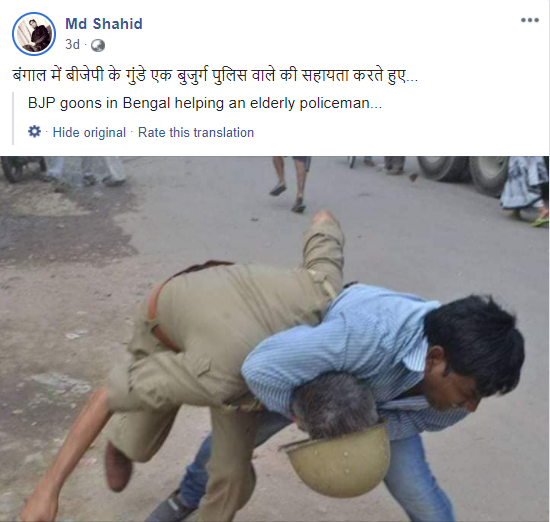 The same picture of police personal was seen on Twitter as well.

NewsMobile fact-checked the above post and found it to false and misleading.
On putting the picture through Google Reverse Image Search, we found the same picture in a news article by The Sun dated June 21, 2017, claiming that the picture is from Kanpur where a policeman was attacked by a mob.
The picture description read, “a raging demonstrator attacks a policeman during unrest in Kanpur.” 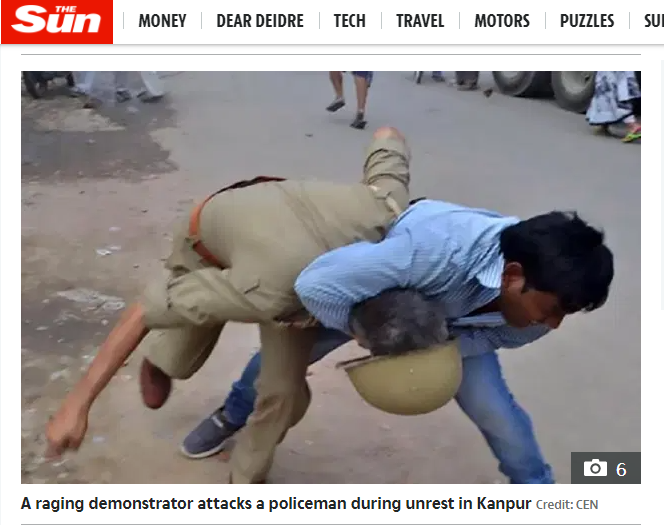 Further, we also found another article on Daily Mail dated June 21, 2017, claiming that an angry mob attacked a policeman on duty after a teenage schoolgirl was allegedly raped in a hospital.
Other similar pictures from different angles can be seen in another news article by NaiDunia dated June 23, 2017. 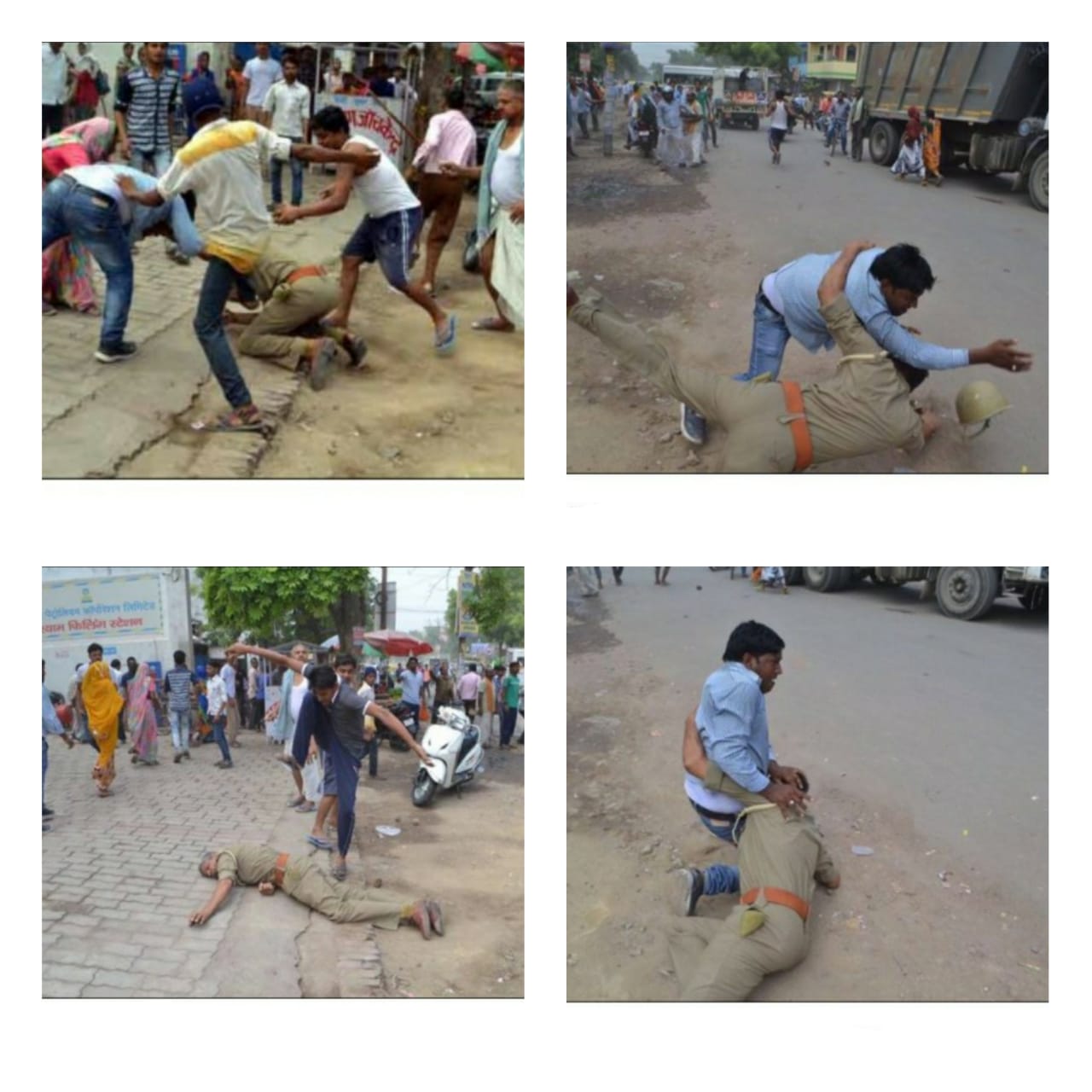 Moreover, we also found a news report by News State on YouTube dated June 17, 2017, claiming that an enraged crowd had thrashed a policeman in a rape case in Kanpur.
YouTube description read, “A policeman gets beaten up by enraged people demanding to cease of the hospital where a student was raped by a ward boy.”

Hence, we can say that the picture of a policeman being beaten up by a mob is NOT from Bengal. Truth is that this is an old picture from Kanpur.