In the midst of the ongoing Bihar Elections, a picture of Bihar Chief Minister Nitish Kumar and Rashtriya Janata Dal leader Tejashwi Yadav is being shared on social media with an implication that they have joined hands in this elections.
“तेजस्वी को जीत का माला पहना दिए नीतीश चचा” the caption read.
(Translation: Uncle Nitish gave Tejashwi the garland of victory) 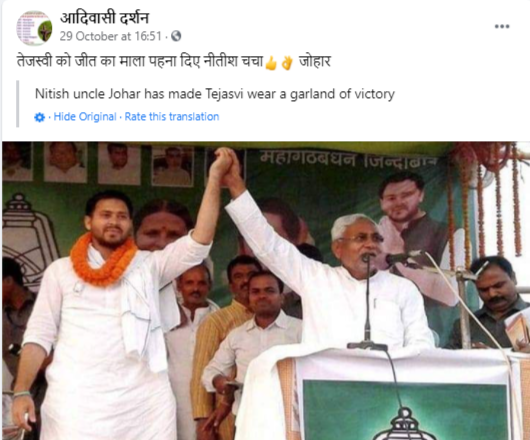 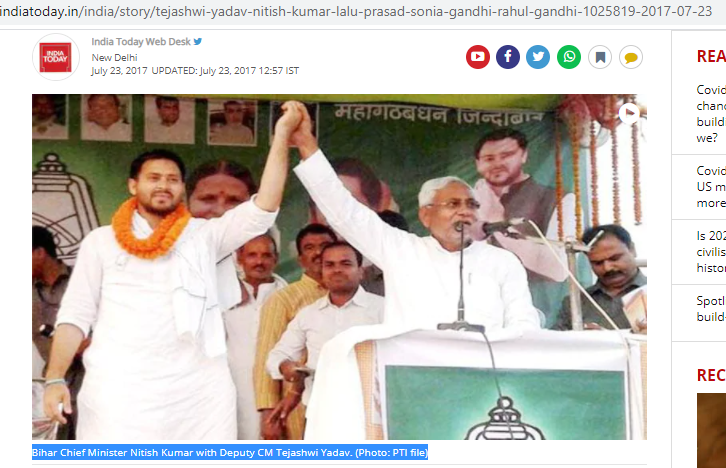 We then found the same image in an article on the Economic Times dated 2015. 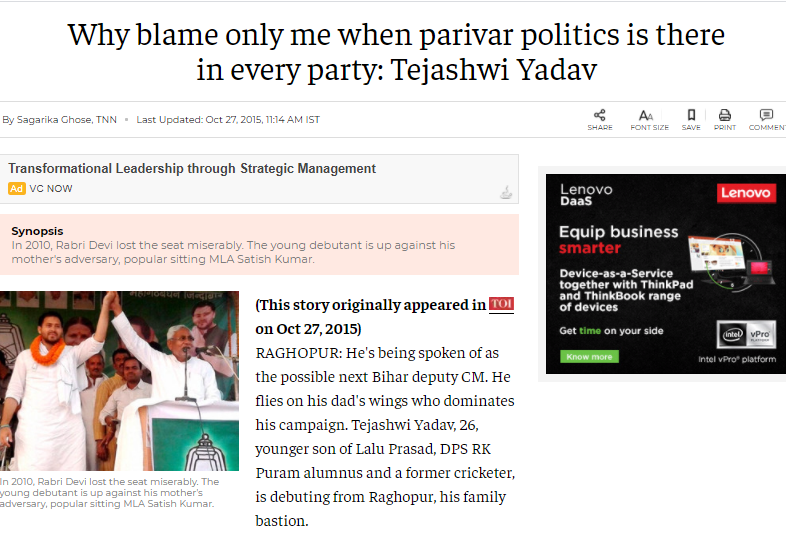 We then ran a keyword search and found an NDTV article from 2015, featuring the same image. 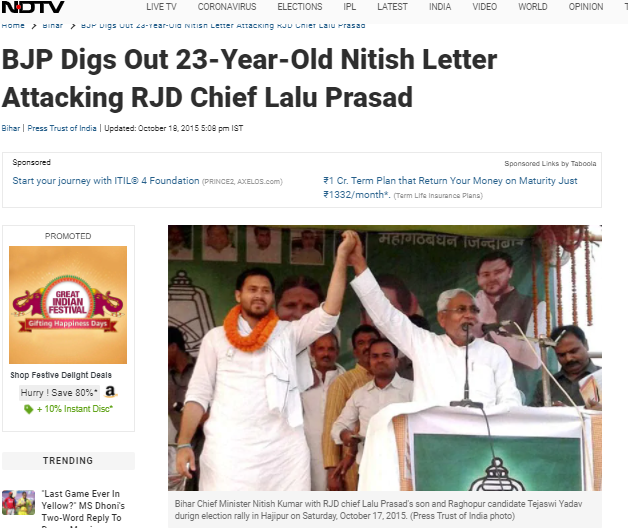 “Bihar Chief Minister Nitish Kumar with RJD chief Lalu Prasad’s son and Raghopur candidate Tejaswi Yadav during election rally in Hajipur on Saturday, October 17, 2015. (Press Trust of India photo),” the image was captioned.
Hence, from the above information, it is clear that the picture in circulation is from 2015.
Related Posts
English

Dec 16, 2020
In Bihar election 2020, BJP and JD(U) are fighting the election together. In fact, attacking opposition RJD, Bihar Chief Minister Nitish Kumar called Tejashwi’s poll promises ‘bogus’. “These people keep saying we will give you jobs. All this is bogus talk. They will say anything. They will try to mislead and confuse people,” said Nitish Kumar.
Get the full report on Bihar elections 2020 here.
Hence, from the above fact check, it is clear that the posts in question are misleading.

Fact Check: Are these first pictures of under-construction Ram Temple in Ayodhya? Here's the truth