Fact Check: No, This Picture Of Traffic Jam Is NOT From Recent Farmers’ Protest; Here’s The Truth 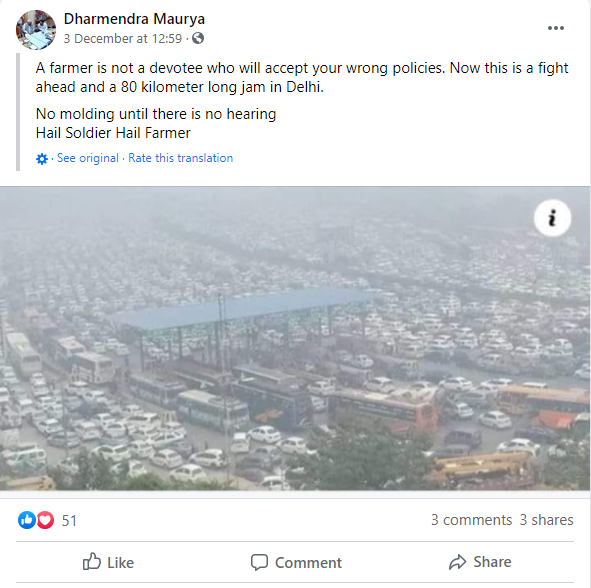 NewsMobile fact-checked the above post and found it to be false and misleading.
On putting the picture through Google Reverse Image Search, we found the same picture on ANI dated December 19, 2019, claiming that it is the view of a massive traffic jam at Delhi-Gurugram border.

Moreover, we also found the same picture on another tweet by Hindustan Times dated December 19, 2019, claiming that it was taken at the Delhi-Gurugram border at a time when protests against Citizenship Amendment Act were happening.

Other news organizations like News18 and Nav Bharat Times also posted the same picture on December 19, 2019.
Hence, with the help of the above information, it is clear that the social media picture of the traffic jam is not of recent farmers’ protest. Truth is that the picture was taken in December 2019 at the time of anti-CAA protests.

Fact Check: Old Video Of Pro-Khalistan Protest From The US Linked To Ongoing Farmers’ Protest