Fact Check: Is this video of traffic signal floating in floodwaters from Hyderabad? Here's the truth

A video of traffic signal being swept away by floodwaters has gone viral on social media claiming to be from Hyderabad, India.
The Facebook caption read, “*First time in history the signal is crossing the road in Hyderabad*” 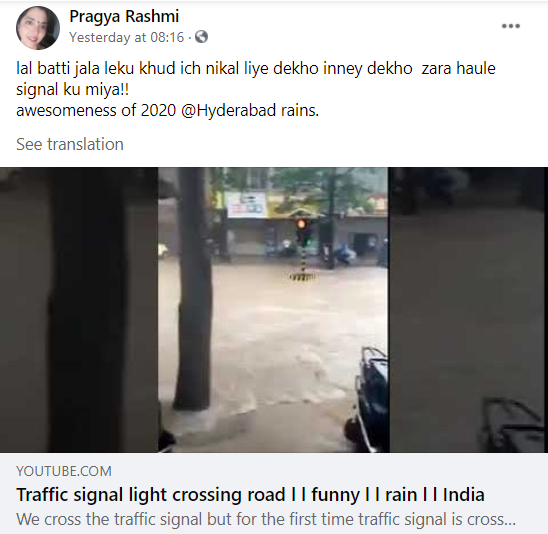 NewsMobile fact-checked the above post and found it to be old and misleading.
We got our first clue when we saw a comment on one of the Facebook post claiming that this is a two-year-old video from China. 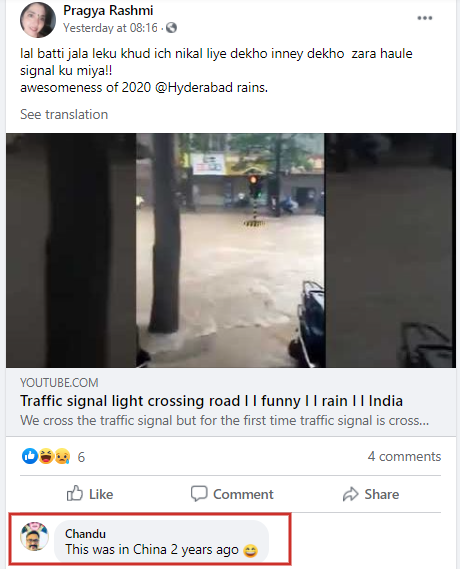 With the help of Watch Frame By Frame, we carefully examined the video and noticed that the signboards and the text on the bike are in Mandarin (official language of China). 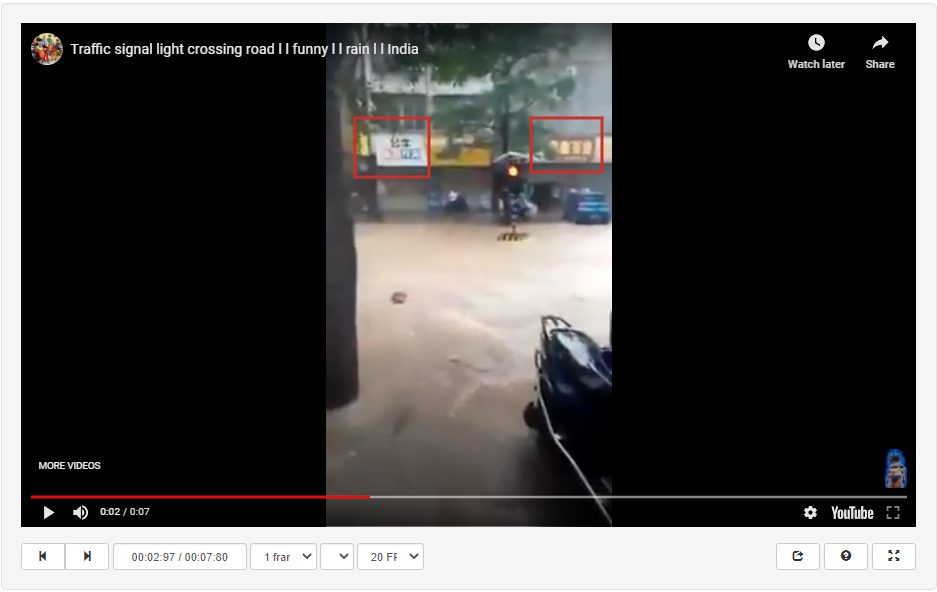 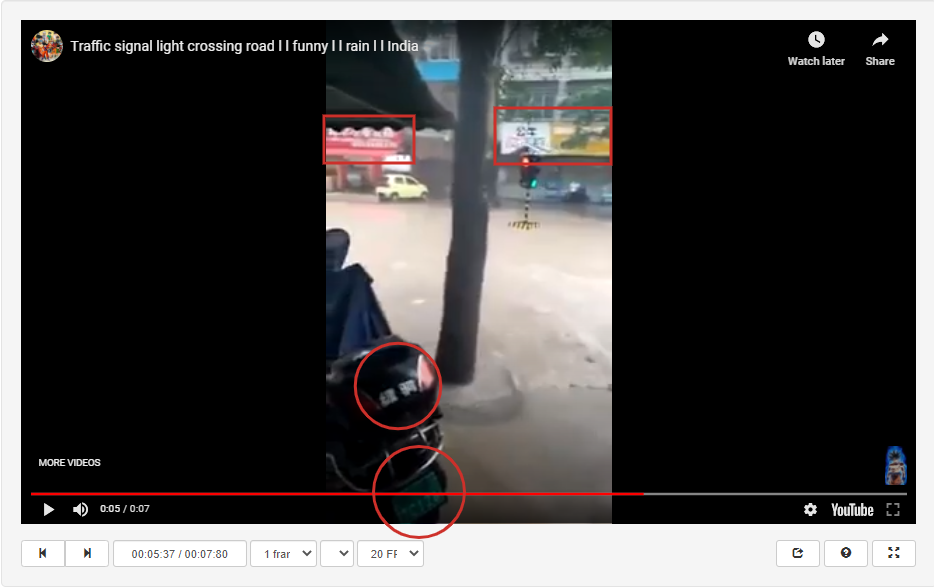 Further, with the help of InVID tool, we extracted the keyframes of the video. Using Reverse Image Search and certain keywords, we found the same video on Twitter by CGTN dated May 12, 2018, claiming that the video is from China.

The same video was uploaded by CGTN on YouTube on May 11, 2018.
The YouTube description read, “The video, which was filmed in Yulin City of south China’s Guangxi Zhuang Autonomous Region, shows a temporary traffic light being swept down a street by flood waters. Heavy downpours have affected more than 70,000 people in 15 counties.”

On digging further, we also found the same video on Newsflare dated May 10, 2018, claiming that a temporary traffic light was swept away on a flooded road due to a heavy rainstorm. Also, the video was filmed in Yulin City in southern China’s Guangxi Zhuang Autonomous Region. 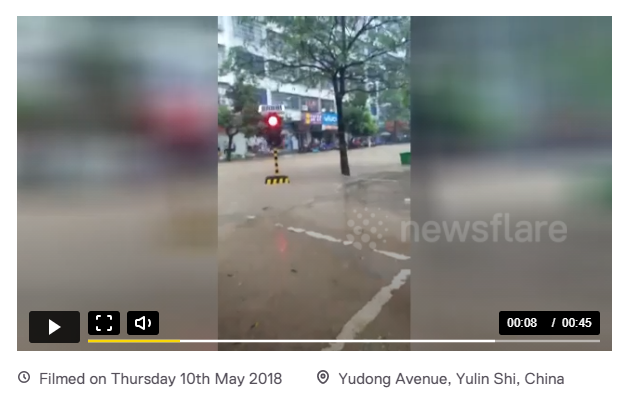 Hence, we can conclude that the social media post in question is old and misleading. The viral video is NOT from Hyderabad.

Fact Check: Video of flooded airport in Mexico falsely shared as that of Hyderabad