Fact Check: Is this the picture of UP CM Yogi Adityanath's recent rally in Bihar? Here's the truth

Ahead of upcoming Bihar elections, a picture of a huge crowd is being shared on social media with a claim that the picture is of the recent rally addressed by Uttar Pradesh Chief Minister Yogi Adityanath in Bihar.
People’s waiting to listen Yogi G in Bihar: the caption of the post read. 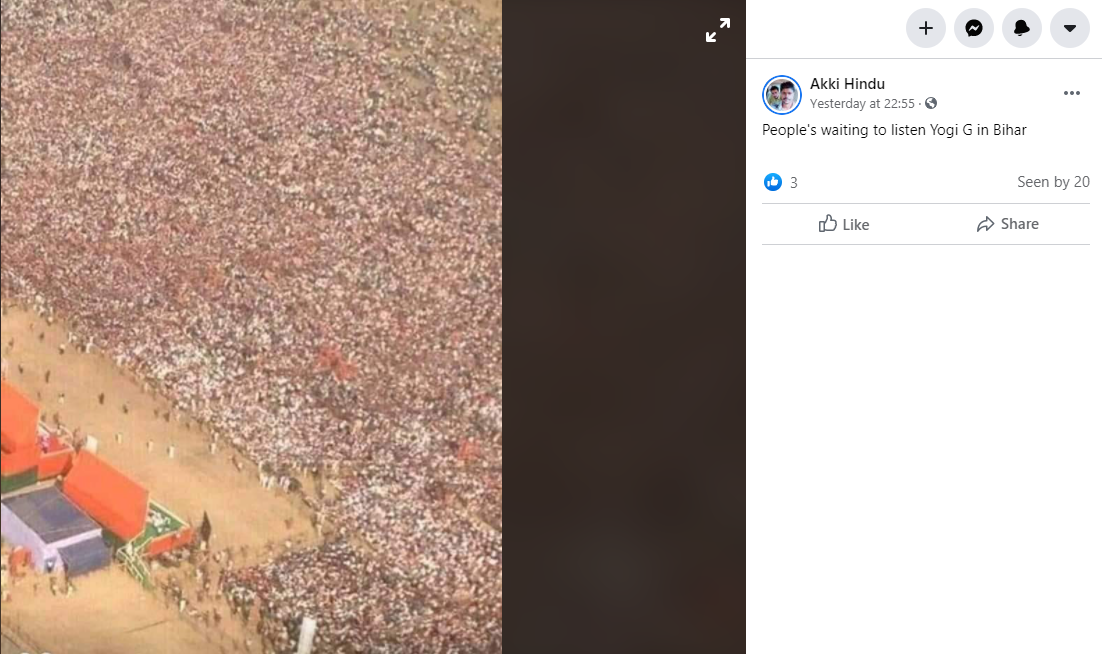 NewsMobile fact-checked the post and found it to be misleading.
We put the picture through Reverse Image Search and found a tweet from 2014 featuring the same picture. As per the tweet, the picture is of the ‘Jan Chetna Sabha’ addressed by Prime Minister Modi in Kolkata in 2014.

More tweets can be found here and here.
The same image was also featured in an article by Desh Gujarat dated February 5, 2014. “The Kolkata crowd at Modi’s rally(In pictures),” the headline read. 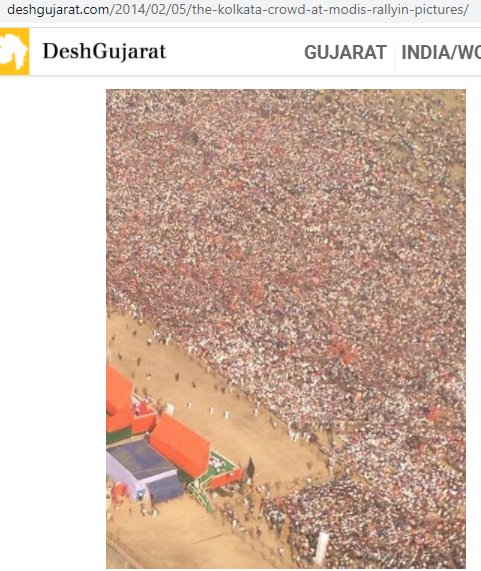 We also found the entire video of the rally, uploaded by the official YouTube channel of Narendra Modi dated February 5, 2014.

Hence, from the above information, it is clear that the picture in circulation is old and NOT from Bihar.

Fact check: Don't believe this post about job vacancies listed by a fake institute claiming to be under Health ministry