Fact Check: Is this a 150-year-old cabinet from Kerala? Here's the truth

A video of a wooden cabinet is doing rounds on social media claiming that it is from Kerala and 150 years old.
The Facebook caption read, “150 years old Alamari in Kerala. See the mechanism!…. Don’t miss to see this video. And its Engineering! WOW ” 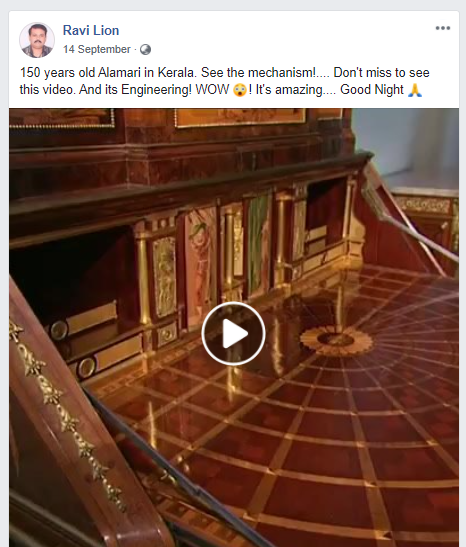 NewsMobile fact-checked the above post and found it to be false and misleading.
With the help of InVID tool, we got the keyframes of the video. On putting the keyframes through Google Reverse Image Search, we found the picture of the cabinet on Woodworking Network dated July 3, 2013, claiming that this is Roentgen Berlin Secretary Cabinet and its finely designed marquetry panels and elaborate mechanisms allow doors and drawers to be opened automatically at the touch of a button. 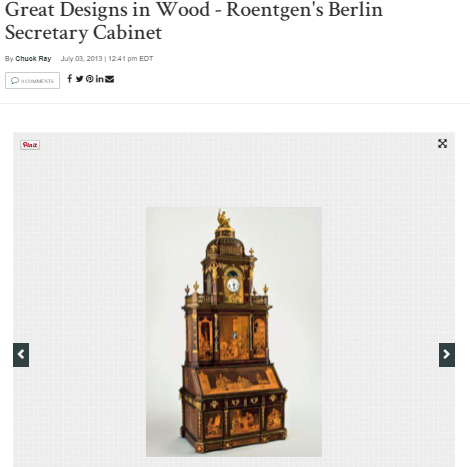 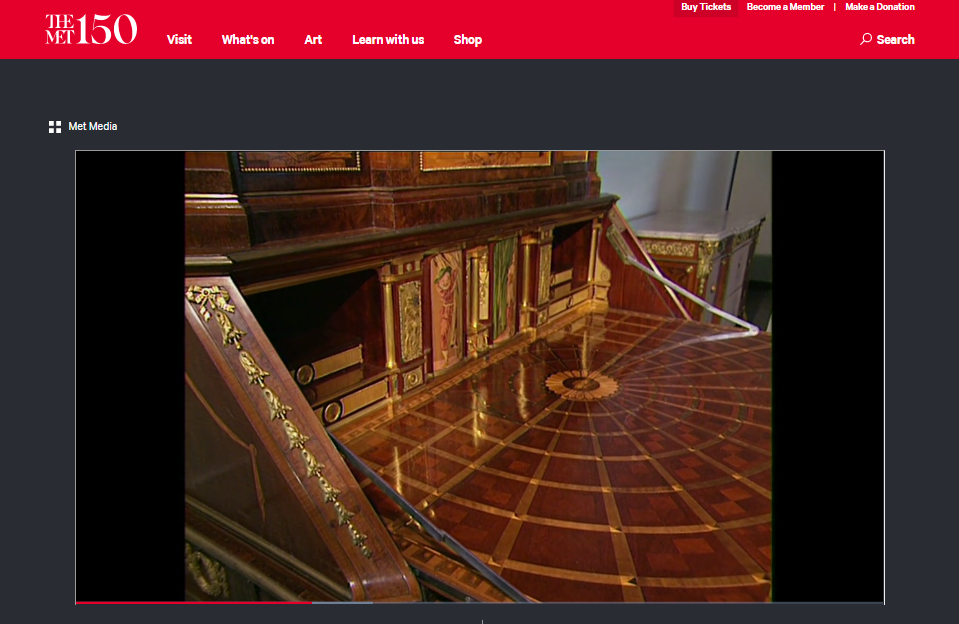 Moreover, we also found the pictures of the cabinet on Alux.com dated September 12, 2016, claiming that Roentgens is a luxury furniture line and was a symbol of the nobility in the 18th century in Europe. 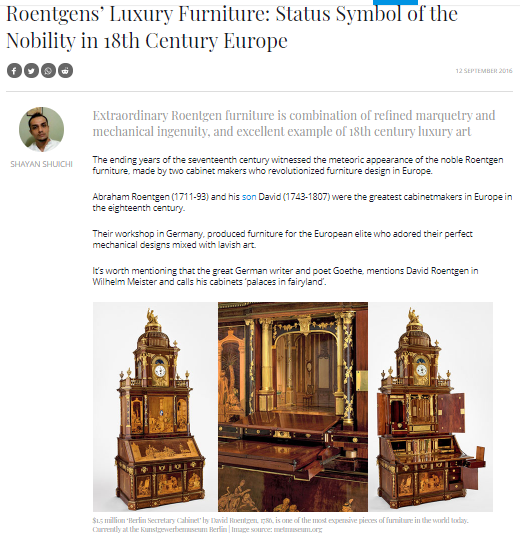 In conclusion, we can say that the cabinet in the video is NOT from Kerala. Truth is that it is the ‘The Roentgen Cabinet’ which is kept in a museum in Berlin.

Fact Check: 2017 picture of a farmers' agitation in Rajasthan shared as recent one from Haryana