Fact Check: Has Tejashwi Yadav received ‘Youngest Politician Award’ at the age of 30? Here’s the truth

Other similar posts were found here, here, here and here.
Also, another picture collage of Tejashwi Yadav is also doing rounds all over social media with similar claims.

Other such posts were found here, here and here.

NewsMobile fact-checked the above post and found it to be false and misleading.
We got our first clue when we saw a comment on the Facebook post claiming that the social media claims about Tejashwi Yadav are false.
The comment read, “What is hell is going on, Award.
Claim: Tejashwi Yadav is conferred with the Youngest political leader award in London.
Fact: The image is actually of Tejashwi’s interaction with ICE members in London back in 2016 when he was the Deputy CM of Bihar. He shared those images on his social media accounts. Also, we could not find any news articles saying Tejashwi Yadav receiving Young Political leader award in London. Hence the claim made in the post is FALSE.”

Image 1
On putting the picture through Google Reverse Image Search, we found the same picture on Tejashwi Yadav’s official Twitter account dated August 11, 2016, claiming that he was attending a session with ICE(Institution of Civil Engineers) members in London.

We found the second image in a news report on Bol Bihar dated August 13, 2016, claiming that Tejashwi went on a trip to England in 2016, where he addressed the ICE members in London. 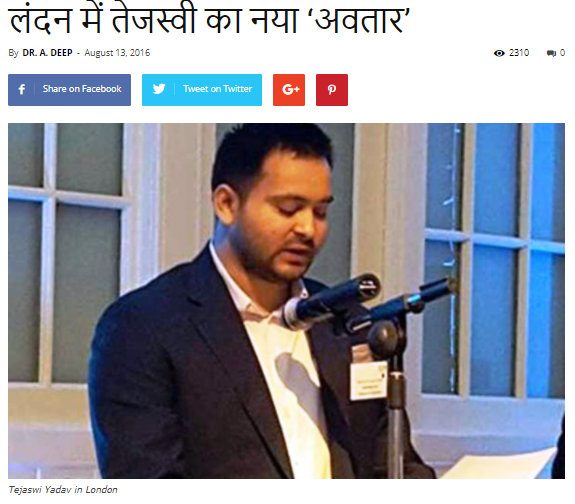 Image 2
Moreover, we also found the second picture of the viral collage of Tejashwi Yadav in a news article on Prabhat Khabar dated August 17, 2016, claiming that Tejashwi Yadav was in a meeting with the director of UN Economic Commission in Geneva. 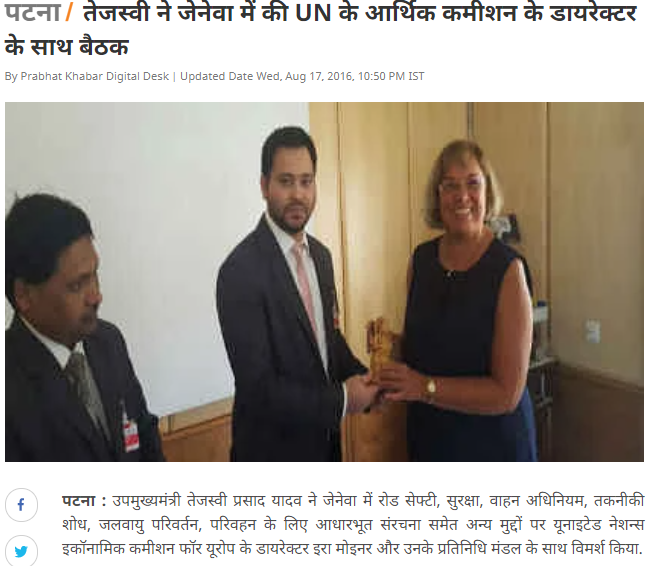 Image 3
A for the third picture, a simple Reverse Image Search led us to a collage in a tweet by Tejashwi Yadav dated August 17, 2016, claiming that he had a fruitful meeting with UNECE (United Nations Economic Commission for Europe) & IRF (International Road Federation) at United Nations Head Quarters in Geneva.

Had fruitful meeting with UNECE & IRF at United Nations HQs in Geneva. pic.twitter.com/3hGva2Ab6Y

We could not find the first picture in the collage but we can clearly see that the attire (Black Tuxedo, white shirt and blush pink tie) in the viral post is similar to the news article. 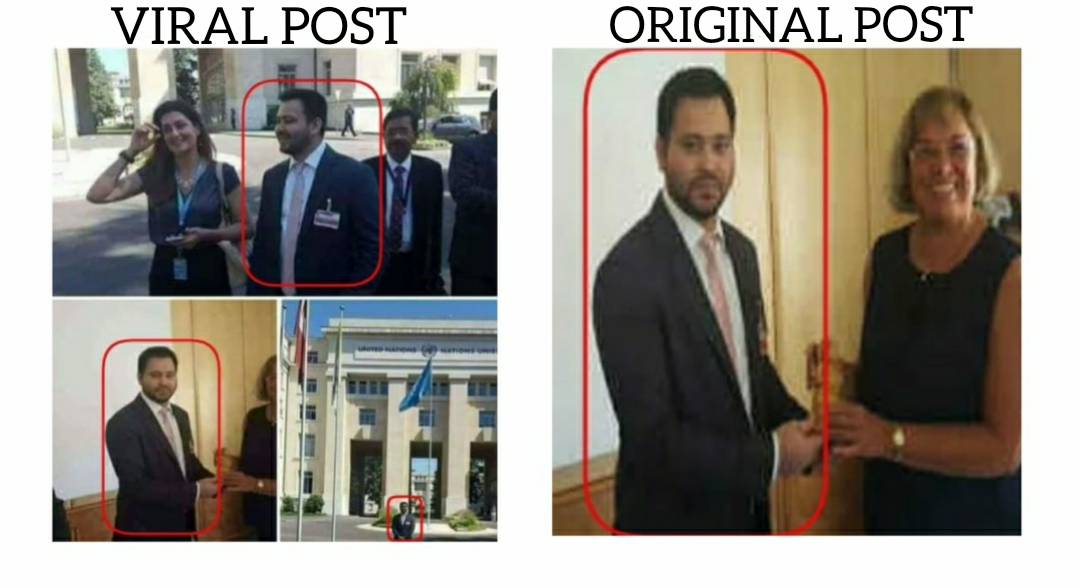 For further confirmation, we also searched on the official website of ICE and we could not find any information related to the ‘Youngest Politician Award’ on the website.
Hence, with the help of the above information, the viral post in question is false and misleading.

Fact Check: Did Donald Trump tweet about leaving if he loses US election? Here’s the truth