Fact Check: Did China fire a missile amid border standoff with India? Here's the truth

Amid the tense border situation, a picture is being shared on social media with a claim that China fired a missile aimed at India.
The post also stated that the missile attack led to an earthquake, tremors of which were felt in Srinagar on September 22, 2020.
“#BREAKING CHINA THROUGHED MIZZILE IN INDIA THAT WAS IN THE LOOK OF EARTHQUAKE:SOURCES MORE DETAILS AWAITED…#stayconnected” the post caption read.

NewsMobile fact-checked the post and found the claim to be false.
We searched and found that strong tremors were felt across Srinagar, after an earthquake of magnitude 3.6 hit Jammu and Kashmir on September 22, 2020.
The National Center for Seismology reported that the earthquake hit the Srinagar region at 9.40 pm at a depth of 5 km and the epicentre of the earthquake was 11 kilometres northwest of the city.

An Earthquake of Magnitude 3.6, with a depth of 5 KM, struck at 11km North west of Srinagar, Jammu and Kashmir at 21:40:29 Hrs: National Center for Seismology pic.twitter.com/ypQchpPGCa

Some tweets also speculated that it could have been caused by a sonic boom after some people reported hearing a loud bang. But these speculations were soon dismissed as no official statement regarding them was released.
Srinagar District Magistrate Shahid Choudhary tweeted: “This was scary. Hope everyone is safe. #EARTHQUAKE”.

This was scary. Hope everyone is safe. #EARTHQUAKE

Media reports on the same can be seen here and here.
We then proceeded to check the origin of the picture in circulation and found that it is of a satellite release from Japan.
We ran a Reverse Image Search and found the same picture on the official website of Getty Images. According to the description, the picture is of the launch of Michibiki No. 4. 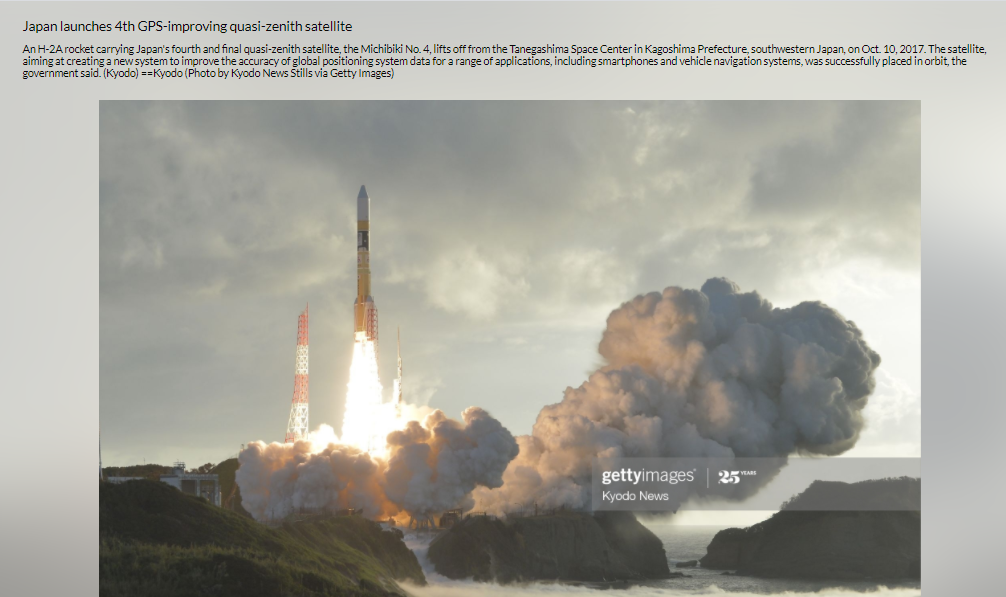 The picture description read: An H-2A rocket carrying Japan’s fourth and final quasi-zenith satellite, the Michibiki No. 4, lifts off from the Tanegashima Space Center in Kagoshima Prefecture, southwestern Japan, on Oct. 10, 2017. The satellite, aiming at creating a new system to improve the accuracy of global positioning system data for a range of applications, including smartphones and vehicle navigation systems, was successfully placed in orbit, the government said. (Kyodo) ==Kyodo (Photo by Kyodo News Stills via Getty Images)
Hence from the above above information, it is clear that the post in question is misleading as the earthquake in Srinagar had nothing to do with any missile fired by China. Even the picture in circulation is an old one from Japan and not of any missile fired by China.

Fact Check: 2017 picture of a farmers' agitation in Rajasthan shared as recent one from Haryana