A picture of former Prime Minister, HD Devegowda, is making rounds on social media in which he can be seen standing beside a bed on which Prime Minister Narendra Modi is laying. 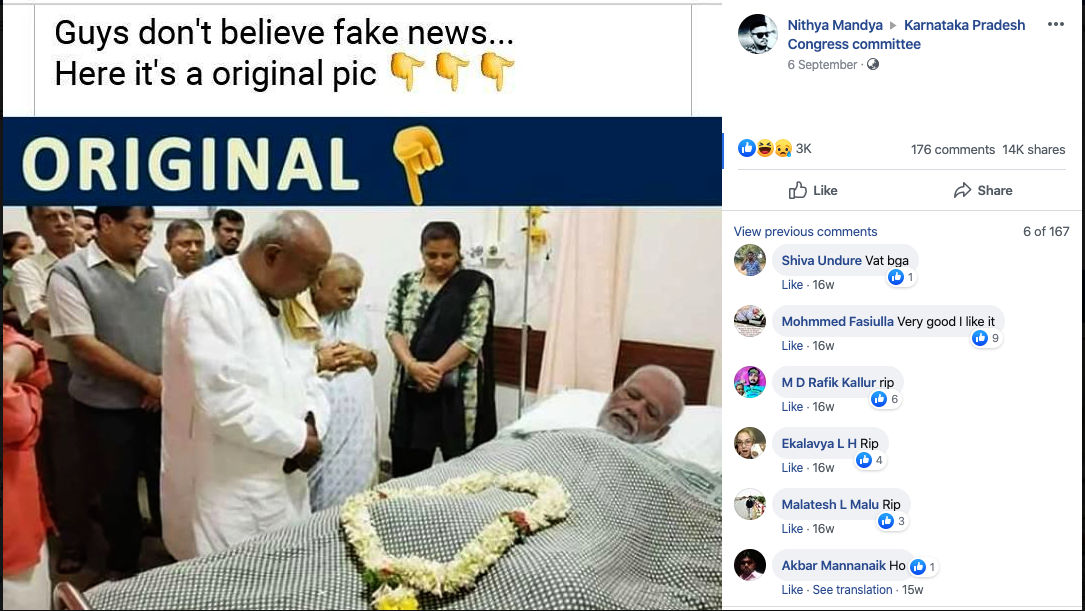 The above post was shared by over 14,000 Facebook users. The same picture was widely shared on different platforms. 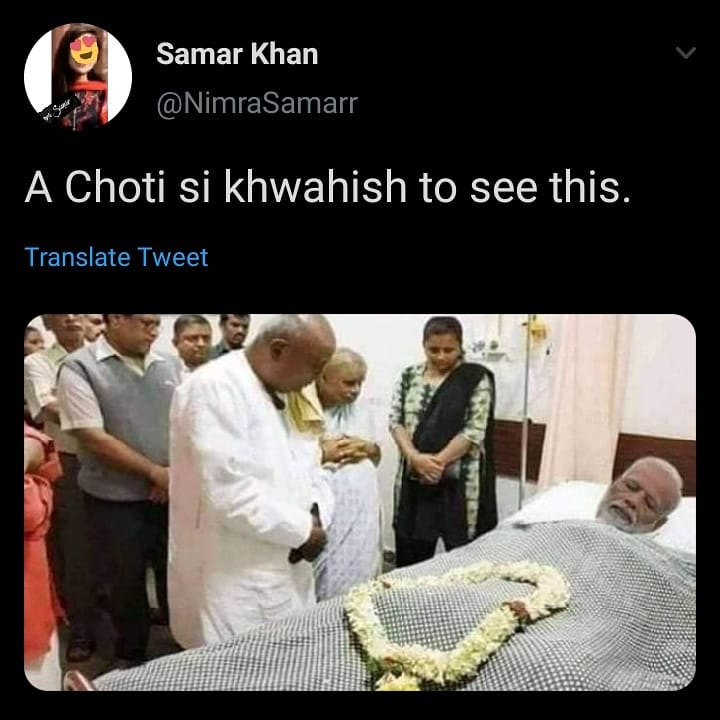 NewsMobile decided to fact check this because this story can be spread to create panic and misinformation about the PM’s health.
On putting the picture through Reverse Image Search, we came across the original picture which was tweeted by HD Devegowda on August 22nd, 2018.

I am deeply saddened by the death of Smt. Nirmala, wife of Shri. Y.S.V. Datta.

In the original picture, a woman’s body can be seen instead of PM Modi. As per Devegowda’s tweet, the woman in the picture is the wife of JD(S) leader, YSV Datta who had passed away in August 2018. 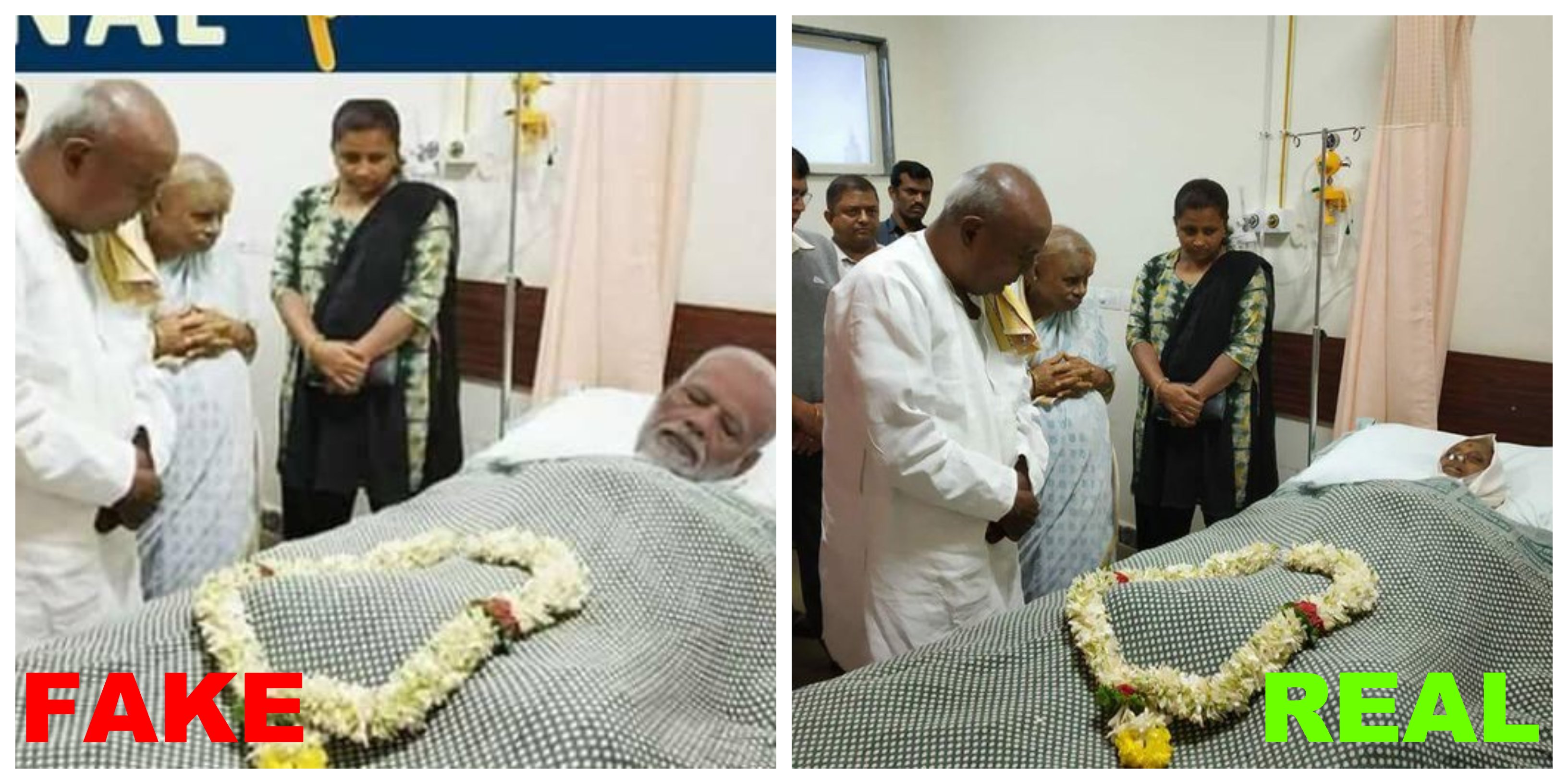 In the above FAKE vs REAL collage, it is clear that PM Modi’s face has been superimposed on the original picture using a photo editing software.
Meanwhile, PM Modi addressed the nation in his monthly talk show ‘Mann ki Baat’ on Sunday.

We also confirmed from government sources that the above picture is FAKE.

Fact Checked: Viral video of cars colliding is NOT from Mumbai-Pune expressway