In the midst of the ongoing 2019 Cricket World Cup, a picture has surfaced on social media in which South African players can be seen lying on the ground while Indian batsmen were standing in the middle.

A bunch of mortals bowing down to the real gods 🙏

When NewsMobile fact-checked the above post, we found it to be FAKE.
On putting the picture through Reverse Image Search, we found the original picture on Cricket World Cup’s verified Twitter handle. The picture was clicked during the match between Sri Lanka and South Africa when the match was interrupted by a bee attack and all the players had to lie down including the umpires. 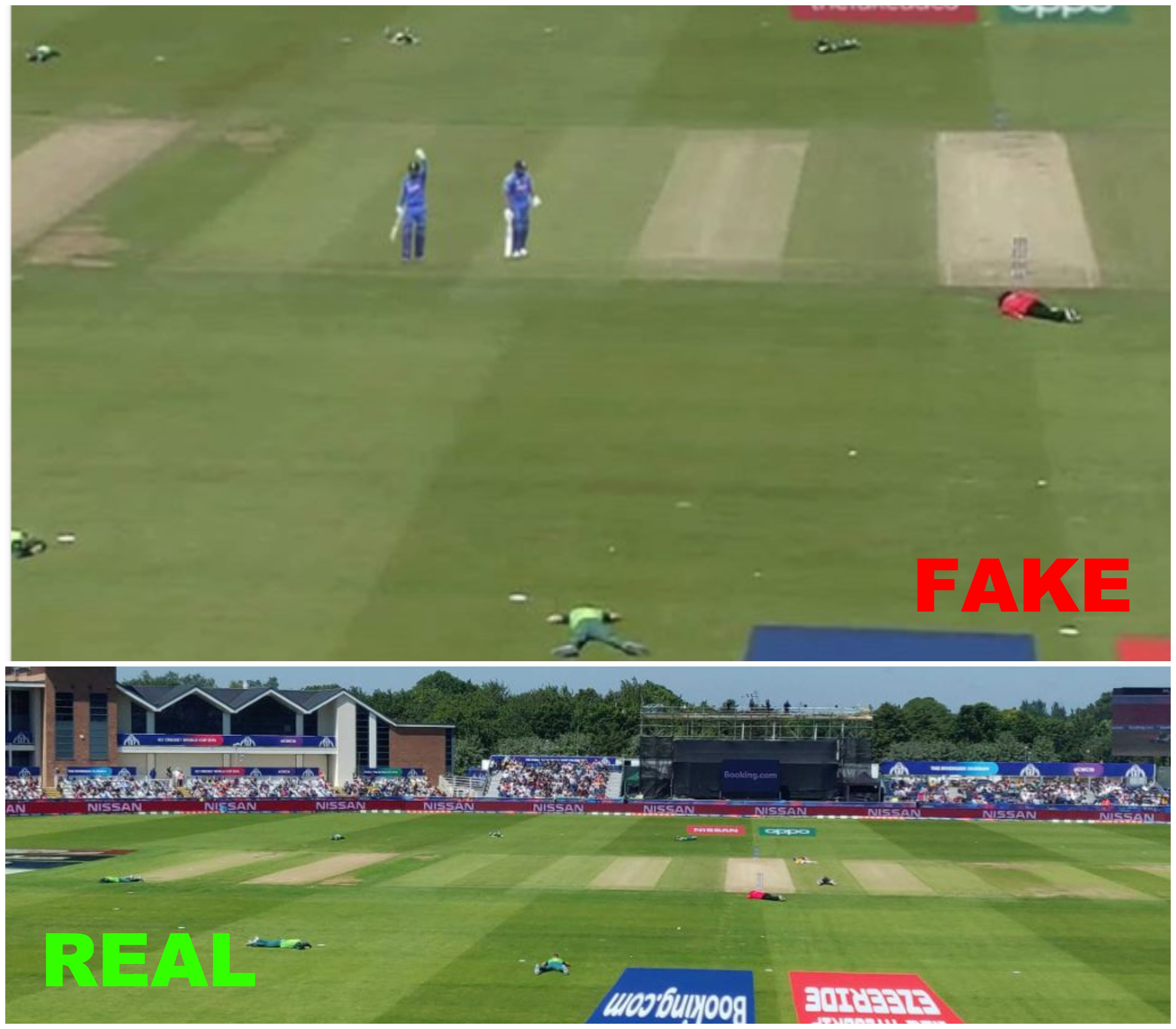 In the above FAKE vs REAL collage, we can see that the Indian batsmen were superimposed using Photoshop software. Moreover, the Sri Lankan players who were originally batting, have been cropped out in the manipulated picture.
Hence, it proves that the above post is FAKE.

Fact Checked: Here's the truth behind this picture of Heeraben Modi

Fact Checked: No! This machine is not a rain cloud generator