Prime Minister Narendra Modi recently visited Argentina to attend the prestigious G20 summit. The land of football which has produced legends like Diego Maradona and Lionel Messi. In the midsts of PM Modi’s visit, FIFA President Gianni Infantino presented him with a football jersey with his name on it.
In a few moments, a picture of PM Modi and Gianni Infantino vent viral for a bitter reason as the picture shows PM Modi with FIFA president Gianni Infantino who is holding a jersey with the words ‘Modi 420 living football FIFA’.
It went viral on social media like a wildfire and it was shared with captions that read: “इतिहास में इतनी बेइज्जती किसी प्रधानमंत्री की नही हुई! क्या फीफा वालो ने भी पहचान लिया की कौन, क्या हे” (Translation: No Prime Minister has been so insulted in history. FIFA has also understood who he is, what he is.) 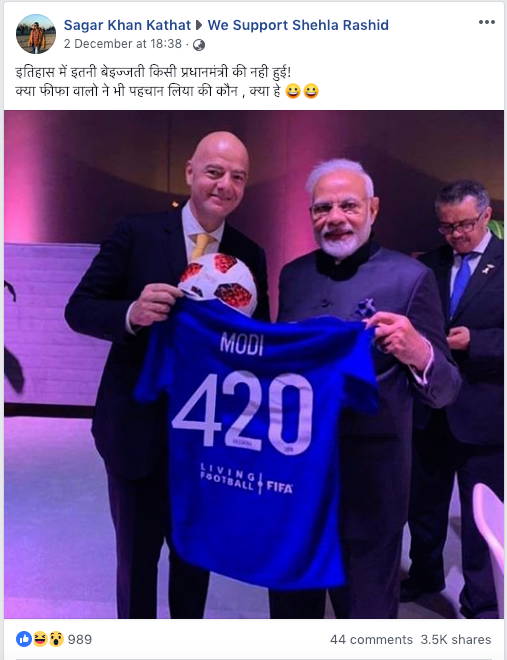 At the time of reporting the picture was shared by over 3.5 thousand users on Facebook. 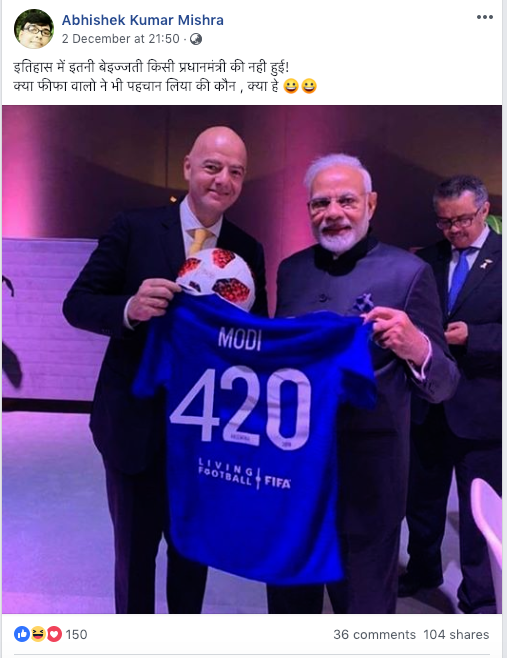 When NewsMobile Fact Checked the viral picture we found out that the above picture is photoshopped. 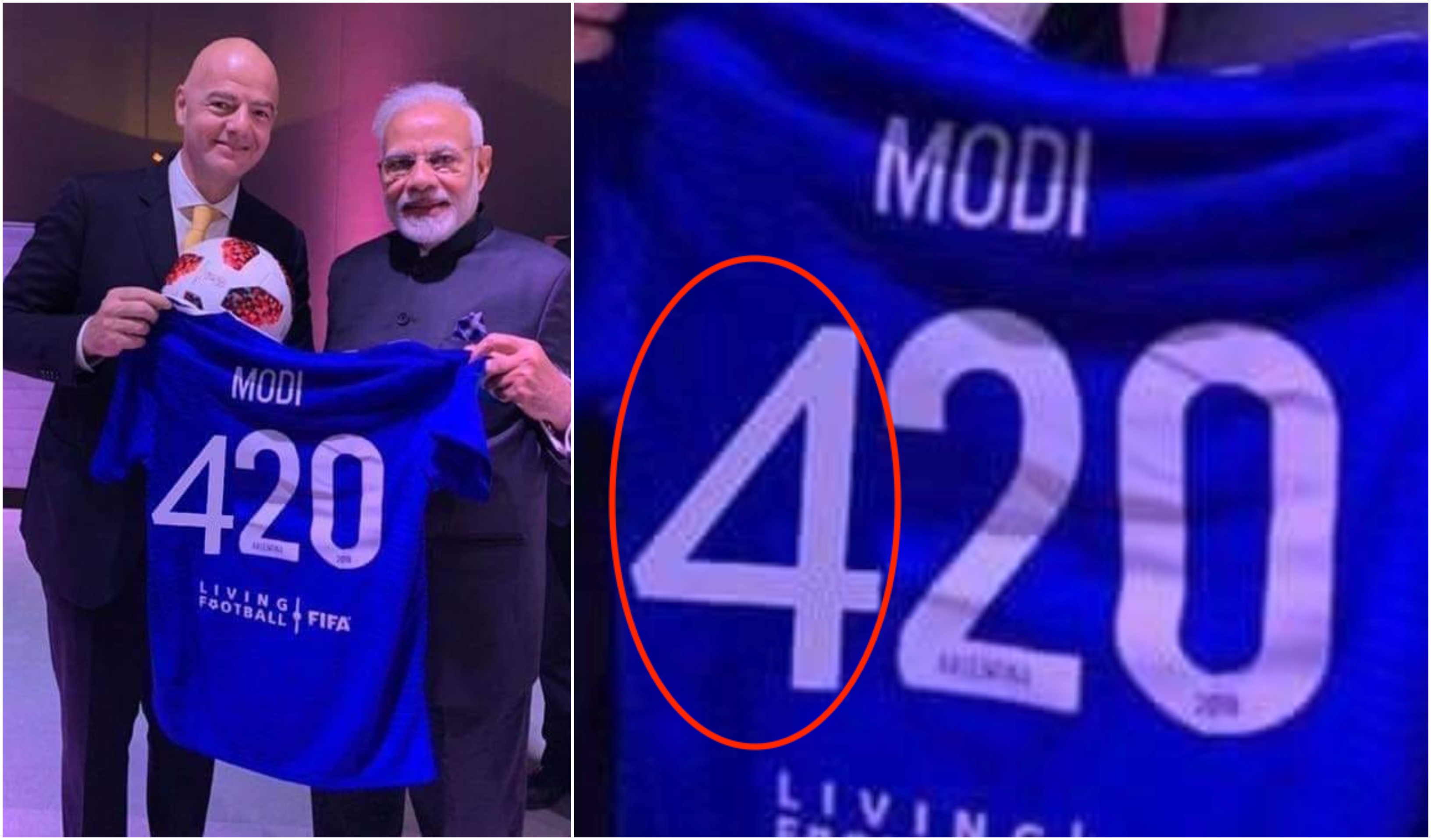 On looking closely and focusing at the number ‘4’, it can be seen that there are no wrinkles on it with ‘2’ and ‘0’ has wrinkles due to the pull by PM Modi and Infantino. This is because the number ‘4’ was imposed on the picture using photoshop.

Meanwhile, official social media handles of Prime Minister Narendra Modi posted the original picture from the even and ‘G20’ is written on the jersey instead of ‘420’.

Impossible to come to Argentina and not think about football. Argentinian players are tremendously popular in India.
Today, received this jersey from @FIFAcom President Gianni Infantino. I thank him for the kind gesture. pic.twitter.com/6IszG7fyFC

Don't believe these fake claims about this amphibious aircraft