A picture has surfaced on the internet in which Prime Minister Narendra Modi can be seen bowing in front of a statue of former Prime Minister Jawaharlal Nehru. 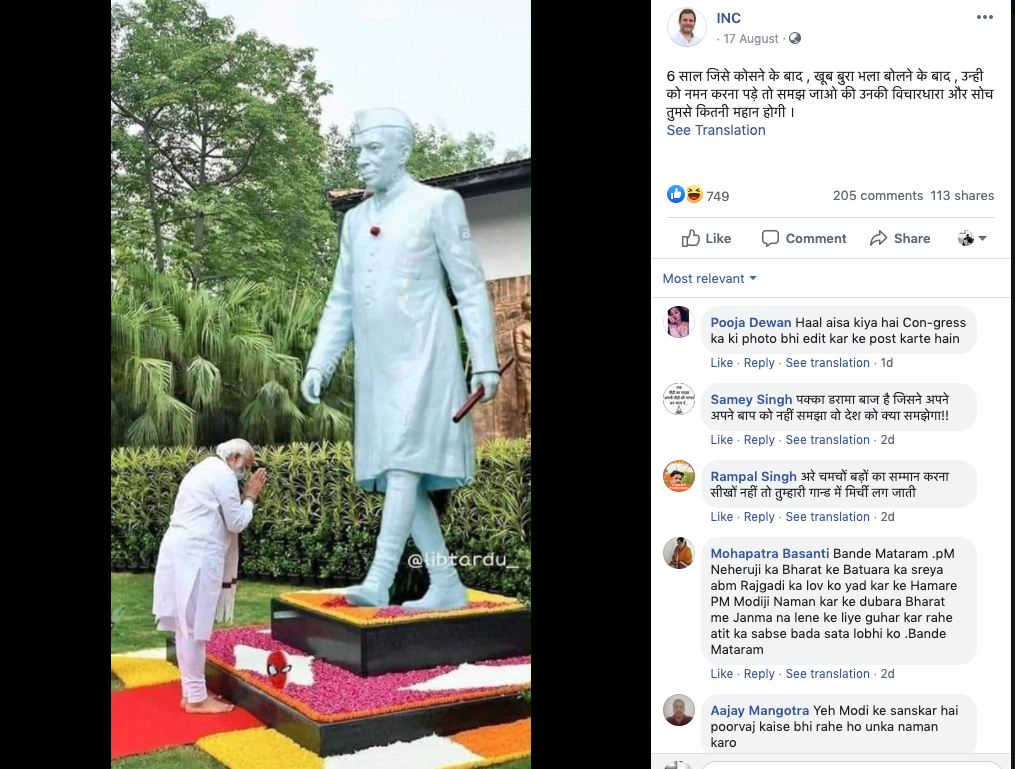 More such posts can be seen here, here, here and here.

NewsMobile fact checked the above picture and found it to be FAKE.
On putting the picture through Reverse Image Search, we found the original picture on the official Twitter handle of PM Narendra Modi (@narendramodi) in which he was actually bowing down in front of the statue of Mahatma Gandhi.

The picture was taken on August 8, 2020, when PM Modi inaugurated the Rashtriya Swachhata Kendra in New Delhi. 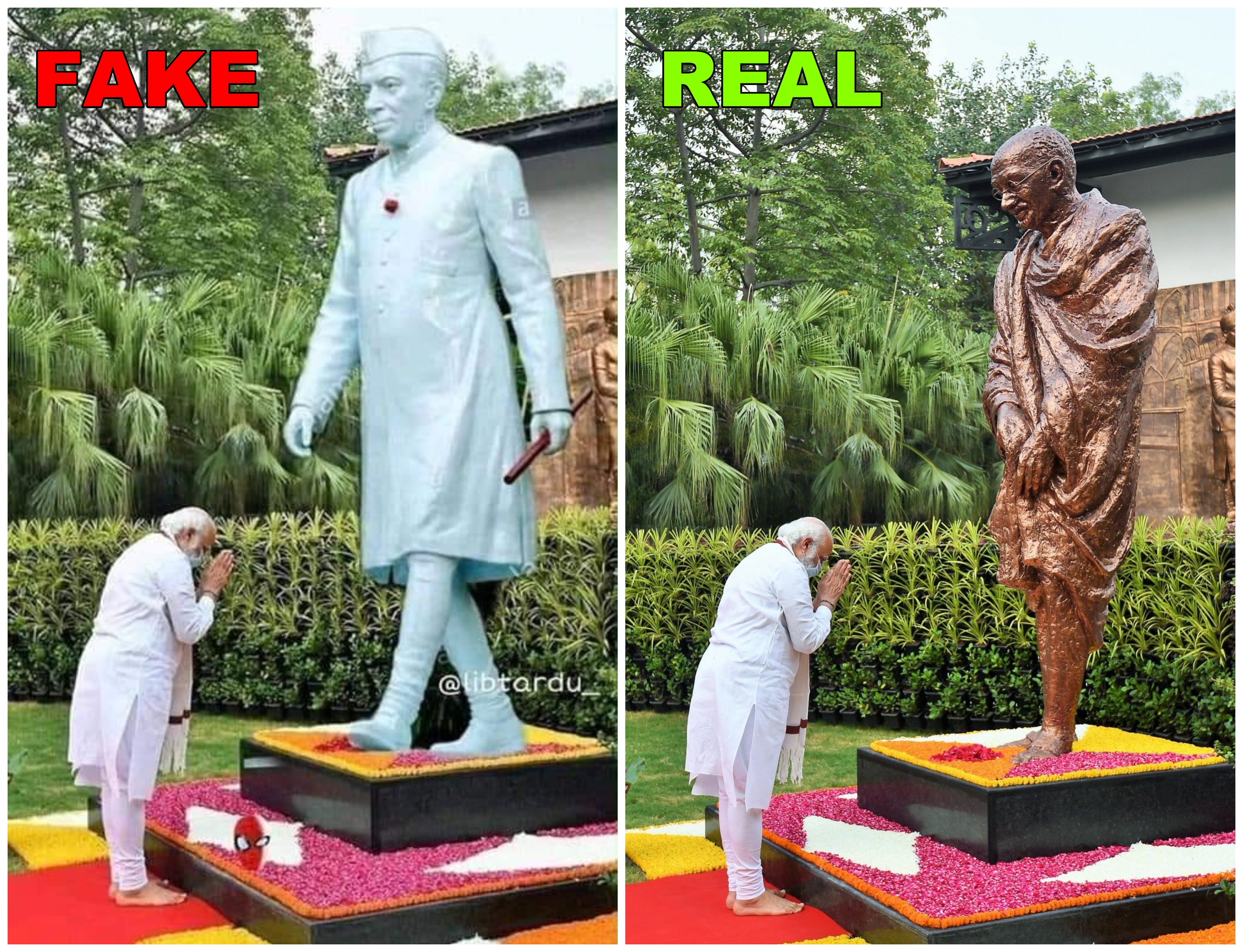 In the above FAKE vs REAL collage, it is clear that Mahatma Gandhi’s statue (in the original picture) was replaced by Nehru’s using photo editing software.
In conclusion, the above information proves that the picture in question is FAKE and PM Modi did not bow in front of Jawaharlal Nehru’s statue.